Mindset Of The Leader – Part 1 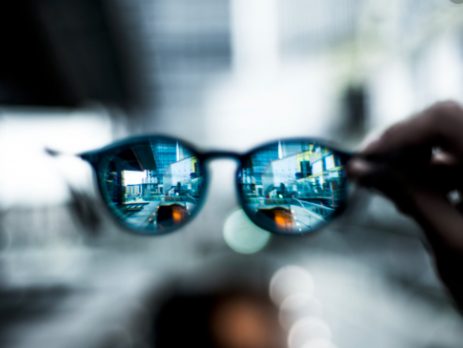 Mindset Of The Leader – Part 1

Your attitude towards yourself can be your biggest friend or your foe. Carol Dweck, Professor of Psychology at Stanford University, is a leading researcher on motivation and mindsets. In her book ‘’Mindset: Changing The Way You Think To Fulfil Your Potential’’ she describes two different attitudes towards ourselves that have a major impact on our success: ‘Fixed Mindset’ and ‘Growth Mindset’.

People with a fixed mindset think that their character, intelligence, and creative abilities cannot be changed in a meaningful way, that these traits are innate and unchangeable. They believe they are doomed to be a failure if they are not gifted with the ability to do something. They believe talent is everything. They constantly need to prove their talent and achievements in their work, their relationships and in any environment their in. It is very important for them to always be seen as successful.

The bar for success they set for themselves is very high. They evaluate and make judgments about their every action according to this bar, and they think that others evaluate and judge them in this way, too. They do not take risks on matters they believe might fail, and refrain from taking any step that could eventually lead to showing their ‘real self’. They would never try to improve in something that they are not surely good at.

In stark contrast to this, people with a growth mindset feel that developing their abilities is in their own power. They believe they can achieve the development they desire by focusing on their goals, by practicing and by working devotedly on that path. Instead of trying to look smart and prove themselves, these people focus on learning and consider difficulties as learning opportunities. They do not see their failure as a lack of talent or intelligence, but rather as a situation that challenges them to find new ways to further develop themselves.

People with a fixed mindset view diligence and effort as a lack of intelligence or talent. According to them, if a person is smart and talented enough, they wouldn’t need to spend much effort to be successful. If someone has worked hard enough on something, they have no excuse to fail. On the other hand, people with a growth mindset believe that talent can be developed with diligent work and effort and can be created out of nothing. If they worked hard but still failed, they take this as a learning, they set new strategies and continue to work towards their goal. They evaluate their own success based on the progress they make. When we look at the founders of today’s successful companies, at legendary leaders, athletes, and artists, we see that they have characteristics that point to a growth mindset. Steve Jobs, the founder of Apple, had suffered the worst defeat of his life by being fired from the company he founded, and after years passed and he took over Apple again, he described his experience as ‘’It was awful tasting medicine, but I guess the patient needed it’’. As a matter of fact, his work in the years he was fired laid the groundwork for the new generation of Apple products and services he developed after he took over the company, thus changing the way we all live!

A person’s attitude towards their self is the most important factor on their performance and having a growth mindset is the only attitude that can enable a person to activate their full potential. Now, look at the people around you, consider the definitions of ‘Fixed Mindset’ and ‘Growth Mindset’, which mindset do you observe most? Also, look at yourself, which mindset do you have towards yourself? I have mentioned in my previous articles that we are often not very objective towards ourselves, that we consider ourselves to be better than we actually are! At this point, take a moment to reflect on how you see yourself.

Let’s look at the people who are in leadership positions. The mindset of the leader plays a very important role both in terms of reaching their own true potential as well as in creating the culture of the organization that they are leading. They have huge impact by being a role model to the people that they are leading, on how they are developing them, how they make sure people flourish towards their best potential. The mindset of the leader has a profound impact on the efficiency and profit of the organization. The NeuroLeadership Institute (https://neuroleadership.com) pays great attention to this topic and has published important findings from various studies. Leaders with a growth mindset have been successful in transforming the corporate culture of their companies in this direction. These leaders have set their priorities correctly, have successfully displayed growth mindset behaviors, have been active in communicating and teaching growth mindset behaviors to the organization, and have encouraged their employees to develop a growth mindset attitude. Leaders play a big role in changing the culture to a growth mindset culture. It’ s worth because there is a huge pay off in terms of engaged employees, efficiency and high profits.

On the other hand, the practices of many companies make it difficult for people to develop a growth mindset. Some highly successful companies, are hunting and recruiting the best talents in the world and expect them to perform perfectly in a very short time. In their culture there is fierce competition. They eliminate those who make mistakes or are judged to be ‘not good enough’ in a rather short time. Employees in these environments are all the time evaluated by others and judged as good or bad. When this is the case, these ‘best talents’ use a significant effort not to be labeled as unsuccessful, to “not show their real self”. The result is huge stress as well as a huge loss of potential.

‘’In an ordinary organization, most people are doing a second job no one is paying them for. In businesses large and small, in government agencies, schools, hospitals, in for-profits and non-profits, and in any country in the world, most people are spending time and energy covering up their weaknesses, managing other people’ s impressions of them, showing themselves to their best advantage, playing politics, hiding their inadequacies, hiding their uncertainties, hiding their limitations. Hiding.

We regard this is the single biggest loss of resources that organizations suffer every day. The total cost of this waste is simple to state and staggering to contemplate: it prevents organizations, and the people who work in them, from reaching their full potential.’’

This is, unfortunately, a perfect description of a fixed mindset culture. I highly recommend Robert Kegan’s book “An Everyone Culture”, in which he describes how to become a ‘’Deliberately Developmental Organization’’, which in my opinion is similar to a ‘Growth Mindset’ culture. In his book he describes the journey, the processes, practices and the corporate culture of three companies, who have increased their profits by becoming a ‘Deliberately Developmental Organization’. One of the three companies that Kegan is describing in his book is Bridgewater, one of the largest hedge funds in the world founded by Ray Dalio.

Carol Dweck published an article in Harvard Business Review in which she describes research findings about the impact of fixed-mindset vs growth-mindset culture companies on their employees:

‘’When entire companies embrace a growth mindset, their employees report feeling far more empowered and committed; they also receive far greater organizational support for collaboration and innovation. In contrast, people at primarily fixed-mindset companies report more of only one thing: cheating and deception among employees, presumably to gain an advantage in the talent race.’’

We have all heard stories and examples of this situation. We may have even experienced ourselves painful examples of this. On the other hand, there are stories of growth-mindset culture companies that give us hope. These companies have succeeded in changing their corporate culture through the hard work of their growth-mindset focused leaders. As an example, I would like to share a statistic published by the NeuroLeadership Institute. HP initiated a program to transform its culture into a growth-mindset culture, trained 4700 managers in the first year, and as a result of this, it managed to increase its employee engagement scores by 22% in 2018 compared to 2016! The program focused on the changing the mindset of the leaders. As we can see in this example as well, the impact of the leader on the organization is huge.

I have tried to explain in detail the two main attitudes a person has on themselves, which Carol Dweck has called “Fixed Mindset” and “Growth Mindset”. Carol Dweck says that we all have a mix of these two mindsets. It is not possible to have a purely growth mindset attitude, in that case, one cannot develop a new goal to progress and set for himself. Often, depending on the situation, we may be more inclined to one of the fixed-mindset or growth-mindset attitudes. In some environments, we may find ourselves in fixed-mindset attitudes and behaviors, without being aware of them by being triggered by certain situations. When we are faced with an obstacle, when someone criticizes us, or when we think we are being wronged, we can be triggered and show the characteristics of a fixed mindset. This is an attitude that hinders us immensely and will never move us forward, and it is the biggest reason why leaders are short-lived. As I said at the beginning, our attitude towards ourselves can be our biggest friend or our foe! We can and must change the attitude we have towards ourselves! To realize our true potential, to thrive, to lead ourselves, to lead all those around us in the way they deserve to be lead, and to enable those we value to realize their true potential, we must start by changing our attitude towards ourselves! In the second part of this article, we will be looking at how we can consciously develop our growth mindset.

Implicit Bias: To What Degree Are Your Decisions As A Leader Impacted By Your Blind Spot?

Written By: Cahide Akkuzu Reading time: approx. 6 minutes I am writing today about a topic that has great impact on... read more 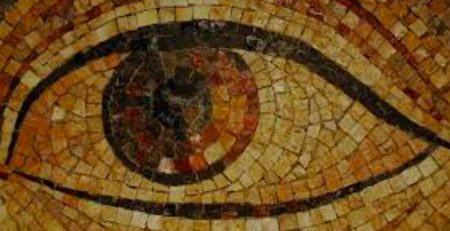 How Can Leaders Take A Critical Look At Themselves? – Part 3

Written By: Cahide Akkuzu Reading time: approximately 6 minutes This is the last part of the series of articles about the... read more 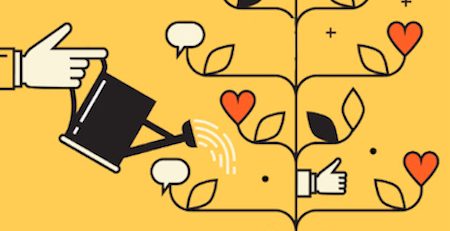 Written by: Cahide Akkuzu Reading time: 6 minutes In Part 1 of this article, I shared research results that highlight a... read more

Written By: Cahide Akkuzu Reading time: approximately 5 minutes If you do not see yourself as a part of the problem,... read more 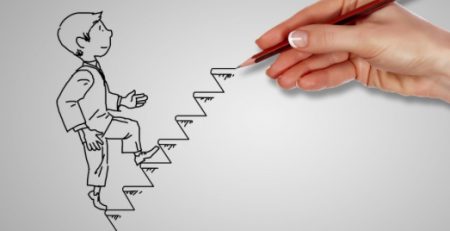 Adult Development Theory: How Can Leaders Grow As Adults? Part 2

Written By: Cahide Akkuzu Reading time: 6 minutes In Part 1 of this article, we looked at Robert Kegan’s Theory of... read more 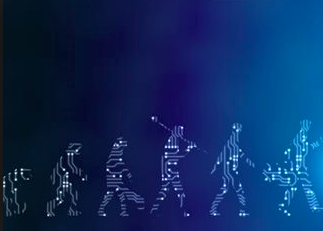 Written By: Cahide Akkuzu Reading time: 6 minutes I am continuing to write about leadership by addressing a very vital topic.... read more 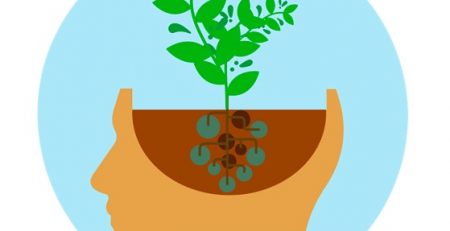 Mindset Of The Leader – Part 3

Written by: Cahide Akkuzu Reading time: 6 minutes I started Part 1 of this article by saying that your attitude towards... read more 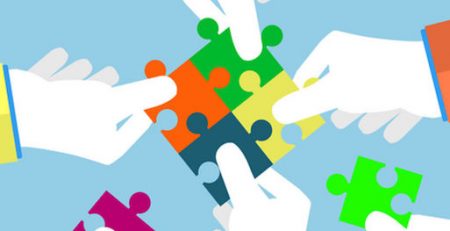 Do You Care About How Engaged Your Team Is? Part 2

Written by: Cahide Akkuzu Reading time: 6 minutes In part 1 of this article we saw the clear link between employee... read more 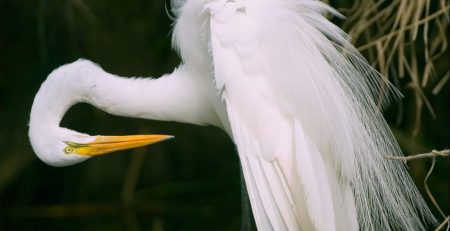 How Can Leaders Take A Critical Look At Themselves? – Part 1

Written By: Cahide Akkuzu Reading time: approximately 6 minutes I am receiving positive reaction to the articles that I have recently... read more 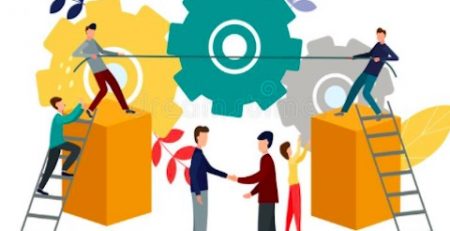 Do You Care About How Engaged Your Team Is? Part 1

Written by: Cahide Akkuzu Reading time: 7 minutes Many leaders see employee engagement as a top priority for their company. These... read more